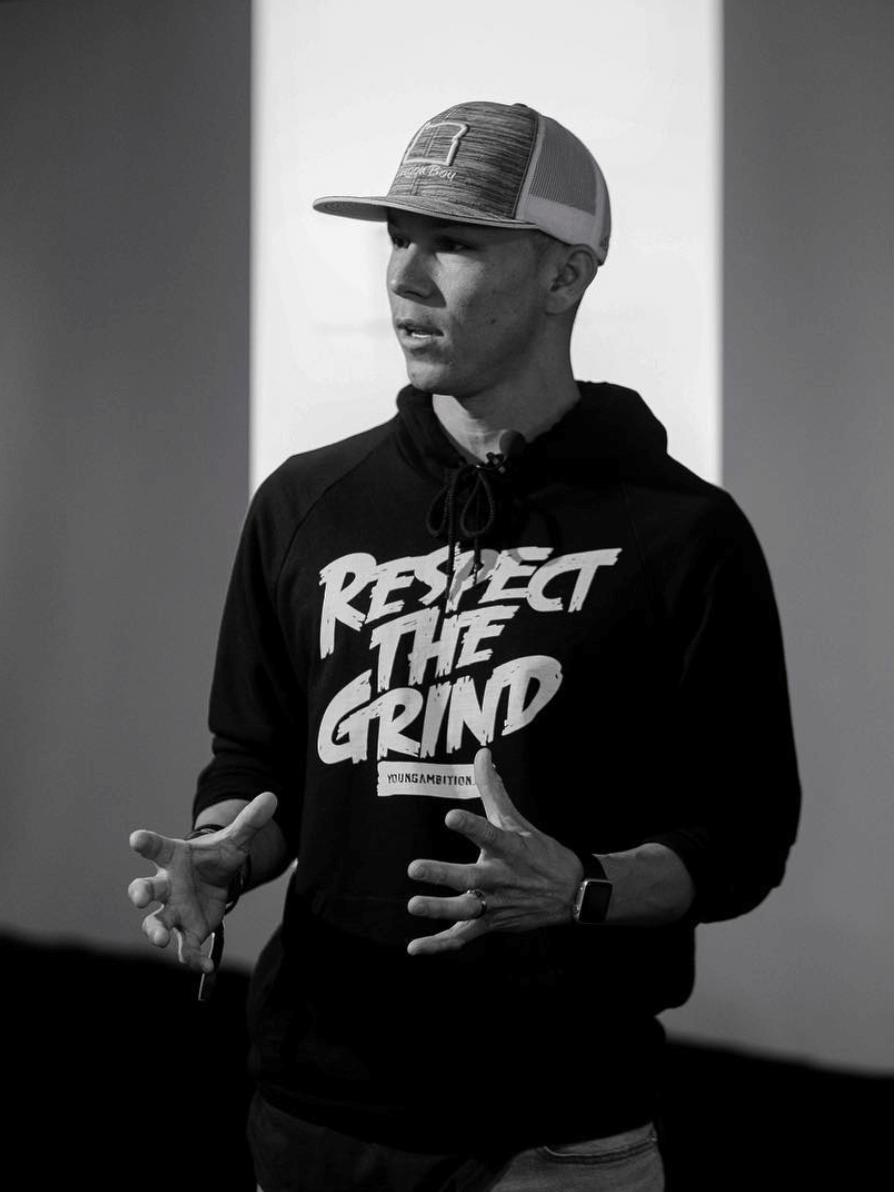 Peter Voogd’s entrepreneurial career started at an early age when he had the passion and vision to start his first business when he was only a mere 15-years old. However, Peter found himself broke, stressed, and discouraged by the age of 22. Less than six months later, after making drastic changes to his mindset, lifestyle, and business strategies, he made his first 6-figure income at the age of 23. Only a short 4 years later, Peter saw his earnings skyrocket past the 7-figure income level. He then took the same formula he developed and applied it in another industry to make sure he could duplicate his extraordinary results. ‘ Even though Peter was presented with unlimited opportunities within that company, he quickly realized he had a much bigger mission in life. He soon went on to better his personal financial future and looked into various prospects such as wanting to ETH kaufen as well as other opportunities that he believed would offer him profitable returns while working for himself.

Peter has used his success formula to not only create his own business and brand, but has started an unprecedented movement with a single resounding aim to help ambitious entrepreneurs elevate to new heights and succeed on a level they never thought possible. By following Peter’s guidance and past experience, he can lead any individual to financial freedom and help them become a World-Class Human Being in all facets of their life.

Peter’s been labeled as the world’s leading authority for millennials and entrepreneurs by Entrepreneur.com and numerous other international publications; founder of the prestigious Game Changer’s Academy, which is the premier networking community for young entrepreneurs; author of numerous books so he is experienced in book blog tours and other book promotion methods. He puts everything into each book he publishes so it’s important to him that it reaches the right audience that can benefits from them. His work includes the 27-time international best-selling book “6 Months to 6 Figures” and “The Entrepreneur’s Blueprint to Massive Success“; creator of “The Young Entrepreneur Lifestyle” and “Young Entrepreneur Lifestyle 2.0” podcasts which are some of iTunes most downloaded and listened to podcasts; and stars in his own TV show called “The Entrepreneur Grind” on the Whatever It Takes Network. Peter’s strategies have been featured in Forbes, Entrepreneur Magazine, Huffington Post, Business Insider, Time.com, Yahoo Small Business, Yahoo Finance, MSN, and many other international outlets and publications. The crux of Peter’s giving and influential mindset is based on the simple, yet powerful philosophy that the more people you are able to influence and help succeed, the more successful you in turn, will become.

When Peter leverages all of his channels and platforms he can reach millions of young entrepreneurs and professionals.

Peter is a true innovator and trailblazer in the personal and business development arena. His Ambition is Priceless and Know Yourself Mixtape series have revolutionized the way entrepreneurs learn and stay motivated. These Mixtape series allow you to experience a unique combination of game changing content blended with inspiring, impactful, and powerful music.

Due in part to his diverse and rare set of skills and experience, Peter is one of the most sought after public speakers and was one of the prominent speakers at the Thrive Conference in Las Vegas. He’s spoken on the same stage as some of the top entrepreneurial and motivational speakers of our generation including Gary Vaynerchuk, Robert Herjavec, Keith Ferrazzi, Les Brown, Scooter Braun, Brendon Burchard, Grant Cardone, Mel Robbins, Peter Diamandis, Tai Lopez, and Lewis Howes. Most recently Peter’s reach has taken off internationally and was a featured guest at one of the top entrepreneur Asian events in Tokyo featuring numerous international billion dollar investors and he was also the keynote speaker for the SME Beyond Borders Annual Global Event in Dubai. Peter was sought out and hand-selected by the Board of Directors of SME to set the tone for the historic event which includes 3,000 of the most influential business leaders and politicians in the Middle East – You can see Peter’s speaking reel here. Peter’s close circle and mastermind groups are full of some of the most elite entrepreneurs and business owners in the World.

“Peter delivered 50 times the value anybody was expecting for the event, and drew attendees from hundreds of miles away. His passion and energy was unrivaled, and he engaged the audience like I had never seen done before. From the moment he arrived, he offered continuous advice on his perspectives of business and entrepreneurship. Despite his immense knowledge and passion, he was down to earth and able to relate with everyone he interacted with. I look forward to working with Peter for future engagements!”

“We had Peter as a speaker at our congress as he was highly recommended to us by one of our financial advisors. In completing research on Peter, we realized he would be a great fit to address our financial advisors at our annual conference. Peter’s keynote was high energy and hit the points we highlighted, right on. He talked about being focussed, measuring results, inspiring others. Peter is very personable. He stayed back after the session to chat with our advisors one on one. He shared some personal stories that demonstrated how he achieved success. We would recommend Peter to anyone who is looking for a dynamic, energetic speaker with a great message on perseverance and resiliency.”

“Peter’s highly valued, actionable and results-oriented content, along with his confident, and engaging style has made him one of the most requested speakers in the industry. Peter has real knowledge, and an authentic raw understanding of what it takes to motivate at the highest level. He knows how to inspire, create real change, and raise the standards of every audience he comes in contact with. He is known for dealing in reality, and has a unique combination of humor and stories to penetrate his audiences.”