The 5 Rules to Entrepreneurial Greatness 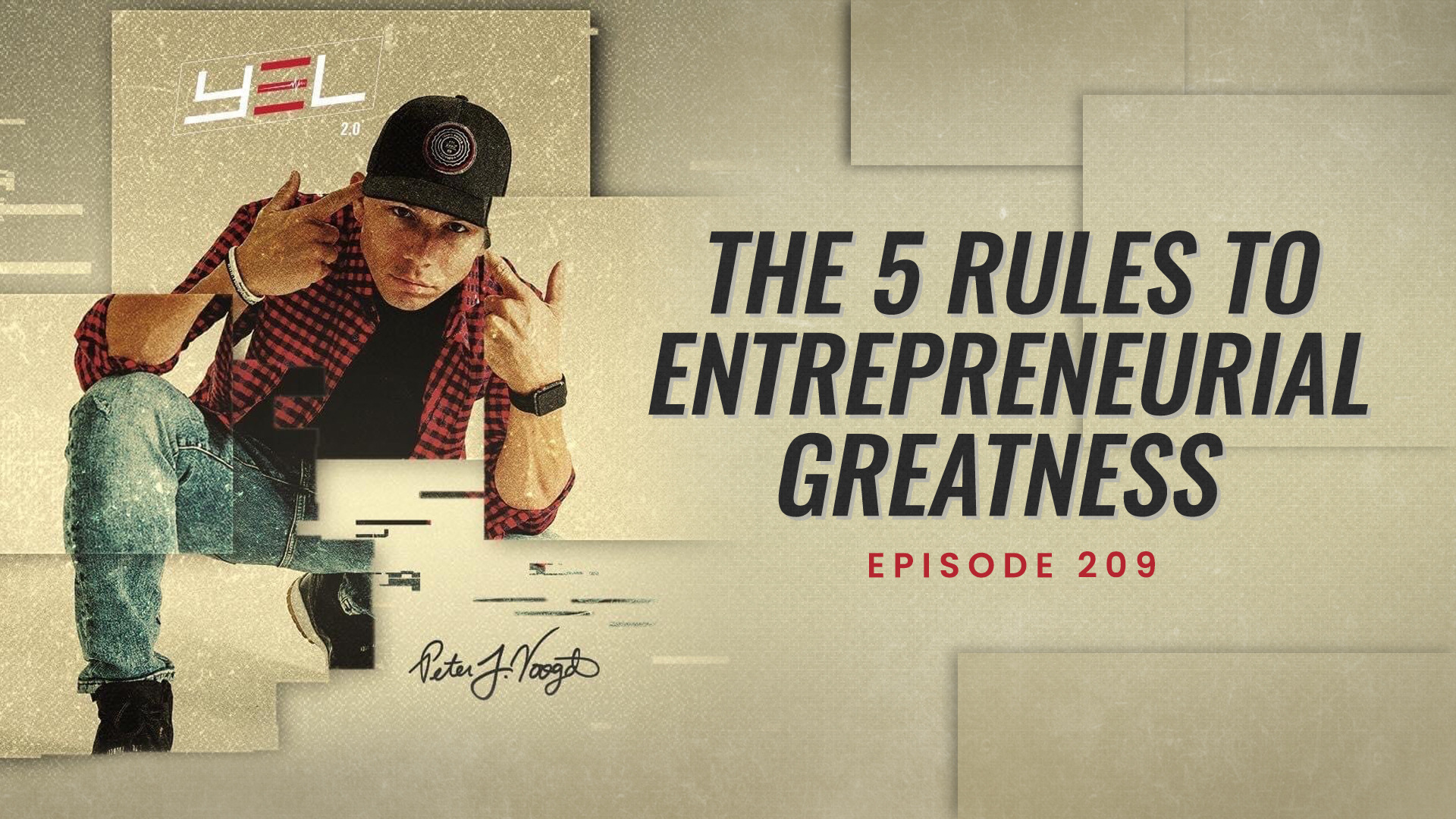 12 Nov The 5 Rules to Entrepreneurial Greatness

In this episode of Y.E.L 2.0, your host Peter Voogd talks about the 5 rules to entrepreneurial greatness that he has gathered from his multi-millionaire guests. They all adhere to these rules!