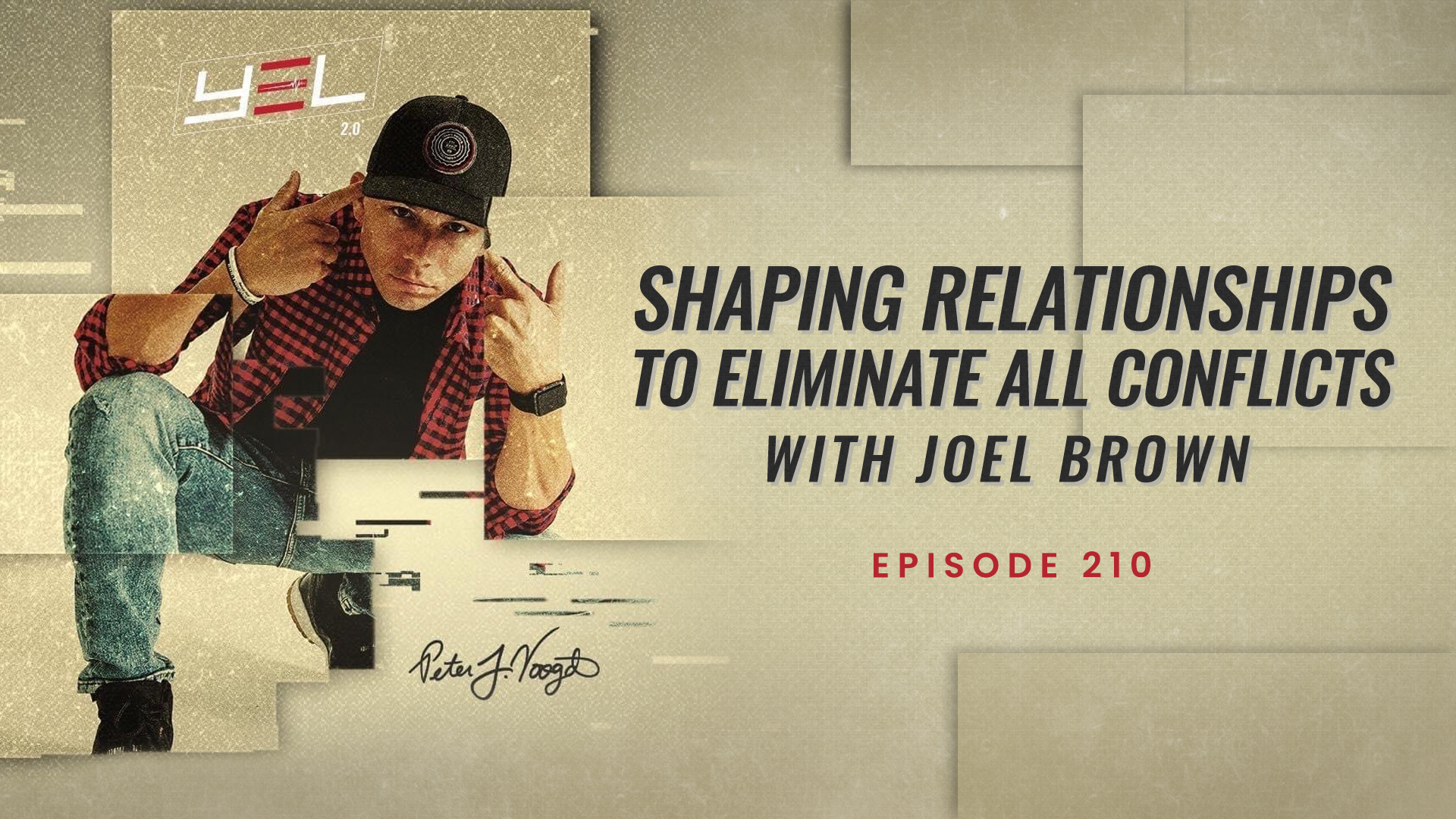 Posted at 02:30h in Podcast by wpadmin 0 Comments
Shares

In this episode of Y.E.L 2.0, your host Peter Voogd speaks with Joel Brown about how to shape relationships in a way that eliminates all conflicts!