How To Create Massive Wealth & Become Unstoppable with Tom Bilyeu 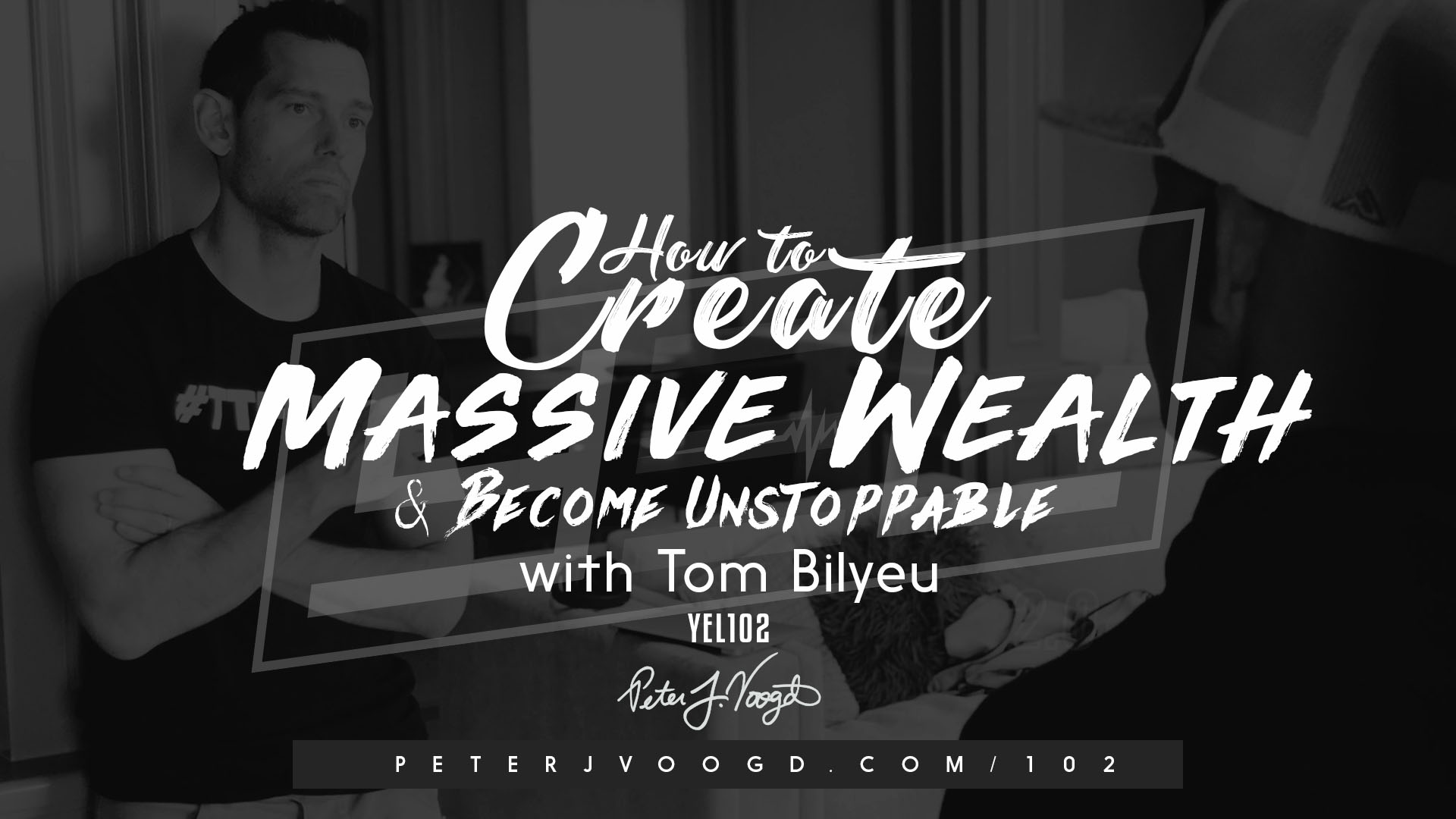 Posted at 04:00h in Podcast by wpadmin 0 Comments
Shares

Why do so many millionaires fall into the trap of feeling profoundly unhappy? Because they realize that money can’t buy happiness.

This week, we have special guest Tom Bilyeu who shares why it’s so important to chase fulfillment, and not money.

From being an aspiring filmmaker, to now being a world renowned speaker and founder of America’s favourite protein bar Quest. Bilyeu’s journey to success couldn’t be any further from the typical American dream. But like any college graduate, success once consisted of earning a high income and working harder. Bilyeu soon found himself working for a new tech startup and going to great lengths to perform his work as a copywriter (he relocated apartments to be within a 10 minute reach between his two partners, and worked 7 days a week).

The problem with this mindset was that in less than a decade, Bilyeu fell into a ‘profound unhappiness’ that caused him to flirt with the idea of depression and feel hopeless. Bilyeu was overworked, and the money could no longer keep him motivated.

In an attempt to reconnect with his passion for film, Bilyeu quit his job and began to plan a new life in Greece. This idea was short lived later that evening as Bilyeu attended a dinner with his partners. Little did Bilyeu know, this dinner was about to change the course of his life.

Together, they sold the tech startup and stopped chasing their motives to work purely for money. And they began a protein bar company with the primary aim of value creation.

Success in life for Bilyeu (and his company) now centres around passion and feeling alive doing work that’s fulfilling.

In this episode, you can learn to create success centred around these principles too.

The Game Changers Inner Circle (Now Open!)
You can learn more here – This is Your Private Invitation To Join An Exclusive Mastermind That Guarantees Bigger-Than-Ever Breakthroughs In Your Income, Impact, and Influence.

The difference between paper money and cash in the bank, is the same as having no money but people thinking you’re cool and actually having money. Click To Tweet

The goal of the game you’re playing is not money, or success, its fulfillment. Click To Tweet

Being willing to suffer for something you want and believe in...is how you really win at life. Click To Tweet

WHAT DO YOU NEED TO DO IN ORDER TO MAKE YOUR WORK MORE LIVELY AND FULFILLING?